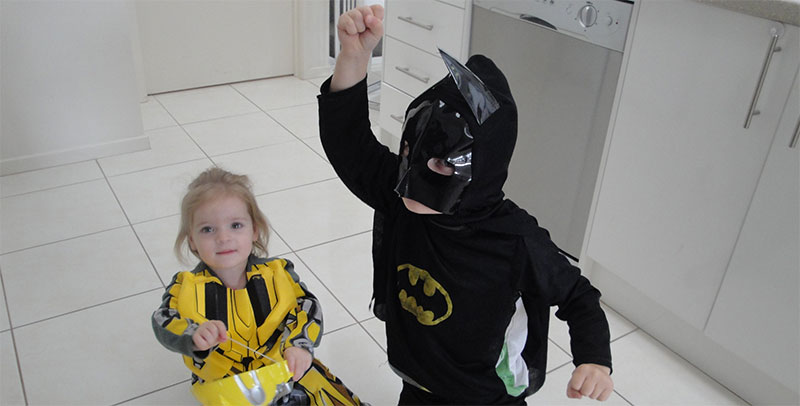 Today’s blog post comes from what would have to been one of my favourite research paper titles:

I’m sure that most parents would agree that although the options are available on the menu at places such as McDonald’s, the chances of your kids choosing apple slices over french fries are pretty much slim to none!

However, in modern busy life, we are almost always going to be faced with grabbing a quick bite to eat away from the home and I’m all for developing positive associations towards nutritious food.

In the priming model condition, 22 children (ranging in age from 6 to 12 years) were presented with 12 photos of 6 admirable and 6 less admirable models and asked, ‘Would this person order apple fries or French fries?’ In the health prime condition, the same children were shown 12 photos of 6 healthy foods and 6 less healthy foods and asked to indicate if each food was healthy or unhealthy.

When children were asked what various admirable people – such as Batman or Spiderman – would eat, 45% chose apple slices over french fries.

The study concluded that advising a parent to ask their child ‘What would Batman (or another admired character or person) eat?’ might be an easy step to take in what could be a healthier fast food world.

While we were on our way out for dinner one night, I thought I’d give this tactic a try with my son.

Damian: Campbell, what would Batman eat?

Damian: Why is that?

Campbell: Because there is such thing as fruit bats.

OK, so he got me with some common sense. So I thought I try a different one.

Damian: What would Superman eat?

Damian: Why is that?

Campbell: Because he needs to be strong.

Campbell learned from an early age about Meat Mastery and it’s super powers!

It’s also worth considering that it’s not just children who are attracted to the Superhero Tactic. As adults we also get sucked into ‘celebrity endorsements’ and will often buy a product because we like the name or the face of the person who is selling or who made the product.

In order to get our attention we need something that is exciting and cutting edge. Something that goes far beyond just making better food choices because it’s good for you!

Will this tactic always work? Probably not!

However, the next time you’d like to encourage your kids to make healthier choices try the Superhero Tactic!